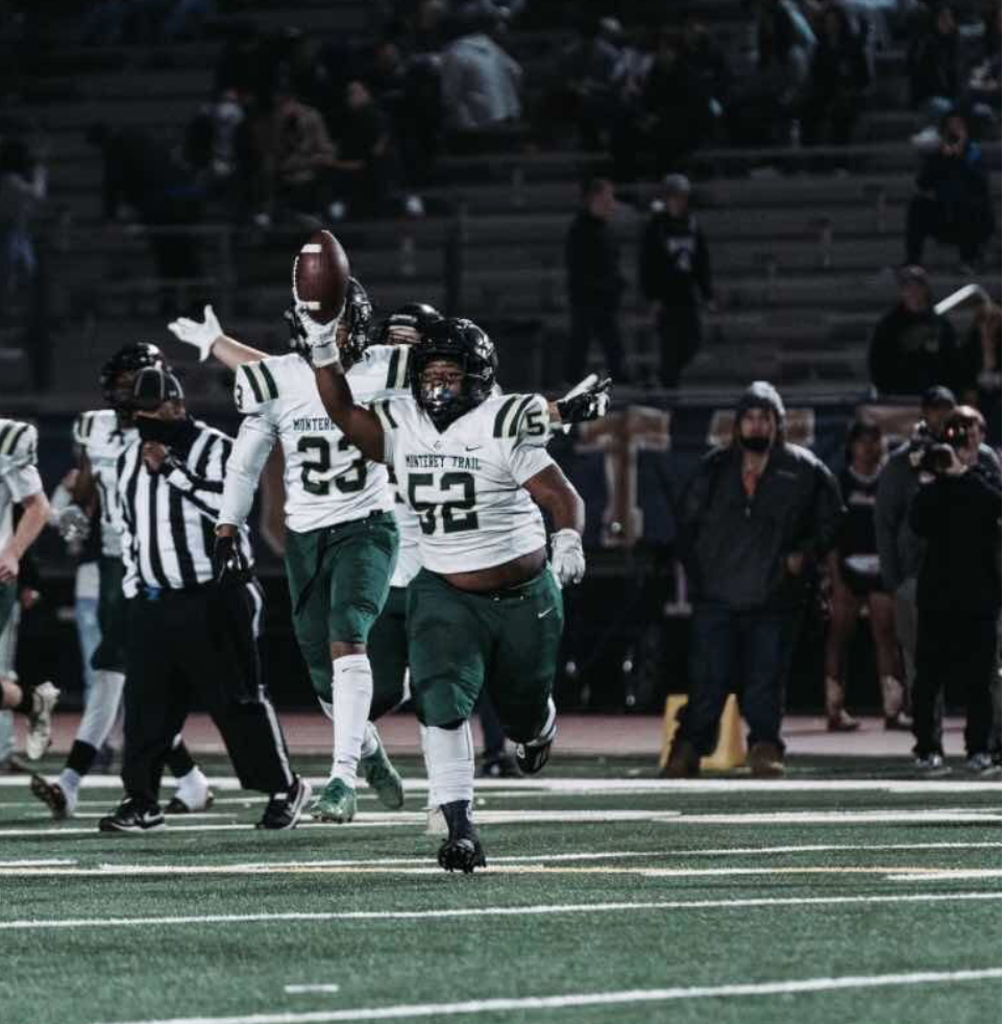 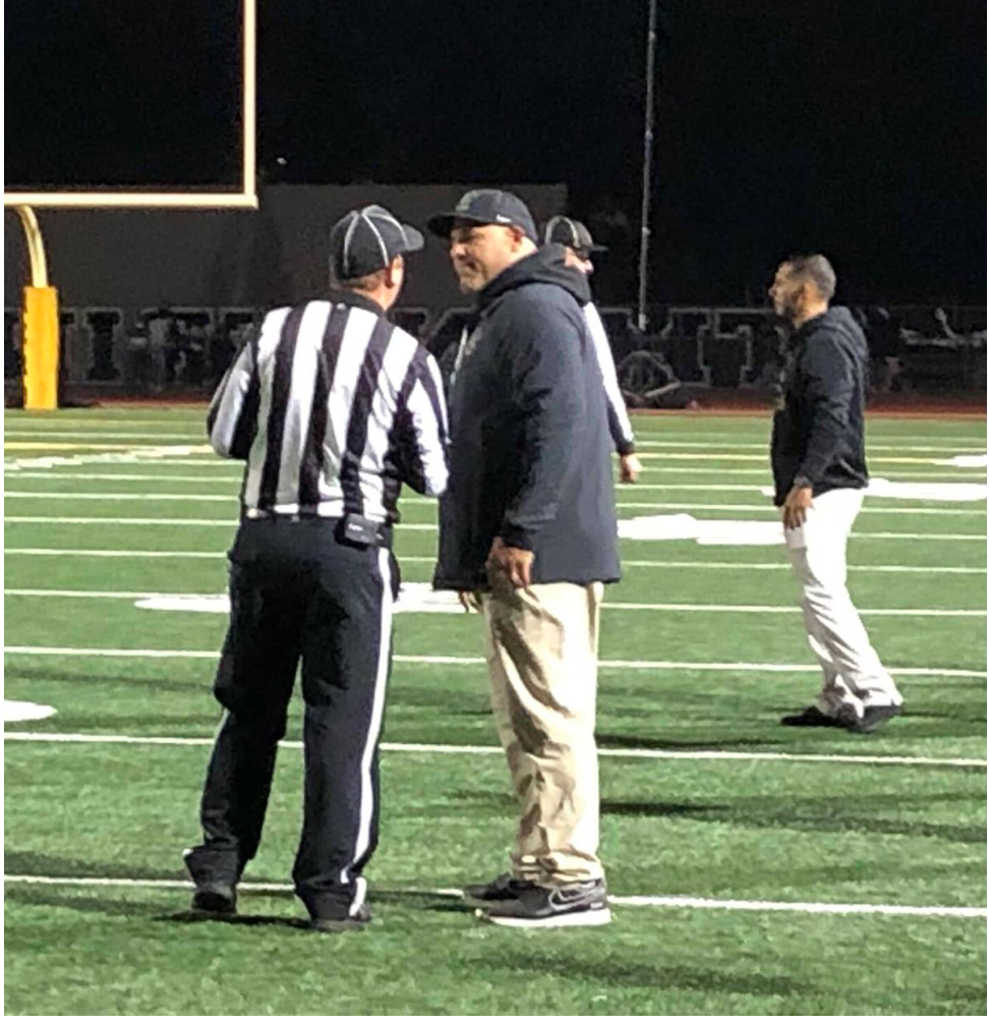 Quote of the Night : “If there weren’t any turnovers, we’d be playing in the middle of the field until the clock ran out, there’d be no score.” – Elk Grove offensive line coach Moe Loller on how tough the teams’ offensive/defensive lines played.

Turnovers were the difference in a very balanced game. They seemingly came in bunches in the second half. After the Herd’s Ofa Tuiileila intercepted a Frank Arcuri pass in the end zone, Monterey Trail got the ball back thanks to Malikai Red’s recovery of a fumble at their own 40. Ali Collier ran 47 yards to the Herd 13 and scored a couple plays later from the one. It gave Monterey Trail the lead for good at 20-17.

On Elk Grove’s first play from scrimmage a pitch out was dropped and recovered by Marcus Perkins at the Herd 13. Collier scored a play later from 12 yards out to make it 27-17, Mustangs.

Collier scored all four of the Mustang’s touchdowns.

Key Drive: After Elk Grove’s Kylan Fontes kicked a 27-yard field goal with :53.2 seconds left in the first half, Monterey Trail went into a hurry-up offense. Arcuri hit Arik Phillips on a 50-yard pass to the Herd 30. As seconds were ticking down Arcuri threw a pass into the end zone which was picked off, but the back judge threw a flag on Elk Grove for pass interference. That put the ball on the Mustang 17 and Arcuri after scrambling away from Elk Grove defenders found Collier in the back of the end zone for a score and a 14-10 lead at intermission.

Head coach TJ Ewing: “If our kids didn’t keep their heads in the game, we wouldn’t have been there. That was a phenomenal play by our quarterback.”

Elk Grove coach John Heffernan: “We had trouble handling their skill players. We couldn’t key on just one guy. They are just fast and athletic. We just had too many turnovers, the fumbles, the pick. We didn’t do a great job blocking on the perimeter. But, give those guys credit. TJ has done a great job.”

Monterey Trail offensive coordinator Rick Arcuri on getting the ball back with inside a minute to go in the first half: “We controlled the game in the trenches so we picked our spots on when and where to pass the ball.  And, the two-minute drill at the end of the half, (quarterback Frank Arcuri) dominates that Mondays in practice. He let it rip and he got one.”

Arcuri on the challenging non-conference schedule: “This group right here were all in. They were ready for the challenge. We got them together and told them they had to work harder in practice, be challenged at practice. They humbly took it to heart, lots of player-only meetings, now we’re here.”

Monterey Trail head coach TJ Ewing on overcoming the Mustangs’ 0-5 start to the season: “We needed to change our philosophy of what we were doing. We said, ‘We need to have fun.’ We didn’t change the intensity of how hard we were working, we just enjoyed practice. We had fun in practice. They should. This is high school football.”

P.S. It was good to see no parking spots in the lot at Elk Grove High School, forcing fans to park in the neighborhoods surrounding the campus. Game was well-attended like in the good ‘ole days.